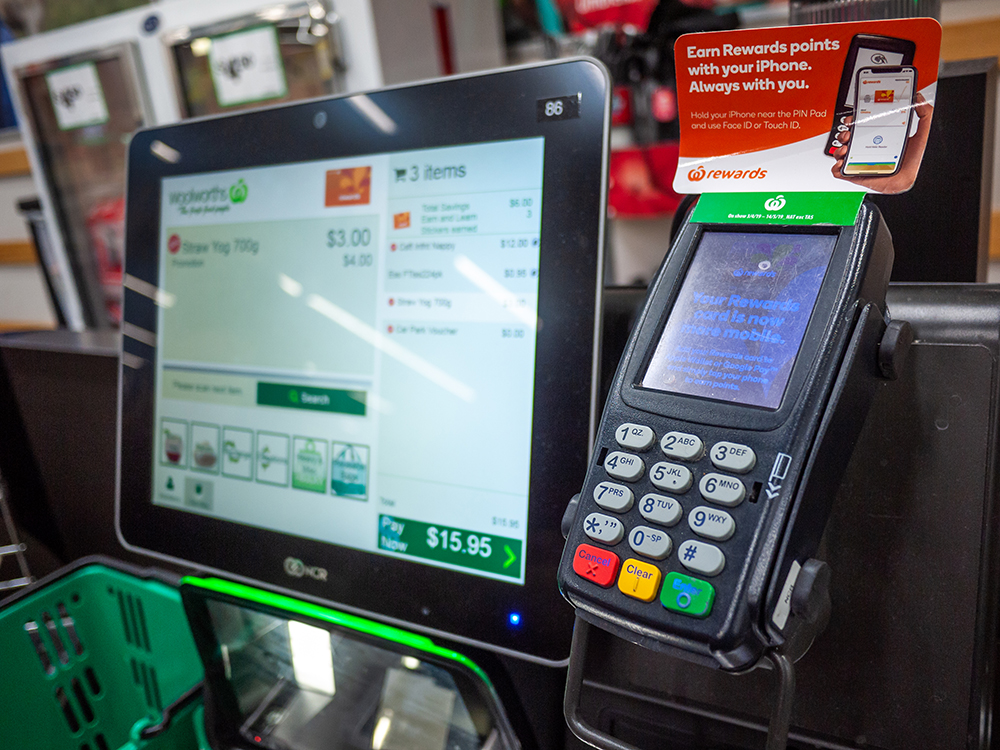 Artificial Intelligence and increased surveillance are among the new technologies being employed by Australia’s major retailers in a bid to combat self-checkout theft.

The move comes amidst reports seven per cent of consumers admit to committing self-service checkout theft in a trend that costs the retail sector billions.

Here’s an insight into self-checkout theft in Australia and the latest technologies being trialled.

It’s no secret self-checkouts are becoming more common at retailers across Australia. Convenient for customers and slashing the cost of staff for retailers, the technology is a popular way to cut time spent in the queue while improving the customer experience.

Meanwhile, in Australia, Coles alone sees more than eight million self-checkout transactions a week. But that convenience has come at a high cost.

Although Australia’s major grocery retailers are reluctant to release figures on the actual cost of self-checkout theft, the statistics are believed to be high.

“Self-service checkouts appear to have opened the door to shoplifting for many Australians who would previously not have even considered it,” Canstar Blue Editor Simon Downes explained.

“They’re still seen as an easy target and some people will seize the opportunity to take advantage of the situation, with the risks seemingly deemed minimal, especially when you can plead ignorance in the event of being caught.

“It’s also worth keeping in mind that this survey reveals the number of people who admit to stealing. The true figure may be higher.”

Three common methods dominate self-checkout theft and the internet reveals a whole world of new lingo to describe the crime.

And according to a recent report in US-based Loss Prevention Media, “the pass off” is by far the most common.

They note of 24 offenders surveyed for a recent study all indicated they scanned some but not all items, while five indicated they also switched labels, four said they tricked the scales, and three used “other means”.

Now, the high cost of self-checkout theft is prompting retailers to get innovative when it comes to combatting the crime.

Earlier this year, both Coles and Woolworths commenced trials of new technology to combat self-checkout theft, with artificial intelligence and surveillance cameras among their new tools.

In April, Woolworths opened a new-generation store at Gregory Hills. Complete with a futuristic robot which can alert staff to product spills and safety hazards, it also boasts state-of-the-art self-checkout surveillance.

The introduction sees the supermarket giant following in the footsteps of its competitor Coles, who has also rolled out similar technology.

In the case of Coles, the inbuilt self-checkout cameras are also complemented by screens above the checkout which show customers footage of their transaction.

Meanwhile, artificial intelligence is also being developed to help reduce self-checkout theft and as the technology improves that role will likely increase.

These systems are designed to recognise a customer’s items before they even reach the self-service area, reducing the onus on humans to declare the items they have and Australian development companies are among those leading the charge.

The role of store associates

Technology may be emerging as the go-to tool to thwart shoplifting at the self-checkout, but research also reveals store associates play a critical role.

Loss Prevention Media explained interviews with self-checkout shoplifters indicated “many offenders interviewed recognised the associates as a deterrent before perceiving the surrounding technologies”.

“Some offenders even reported that an attentive self-checkout associate is more effective at deterring theft than advanced technologies.

“One offender even commented on the importance of an attentive associate in deterring shoplifting: ‘A lot of stealing got by because of lazy employees—employees are not paying attention, or are on their phones. It’s all about the employees. If the store has employees who are more attentive, then self-checkout theft would be hard’.”

You can learn more about reducing shoplifting here, or view our range of tools for retail loss prevention here.